The ‘Psychologically safe workplace’ construct constitutes, in broad terms, an intrinsically innovative and much promising concept in modern management theory which has made a noticeable re-appearance in relevant literature during the span of the last three decades.

Several decades ago academic research examining real life practices of management discovered that the open, free to speak out, and cooperative model of managing teams of employees and workers in corporations and organizations created, among many others, the beneficial result of uncovering valuable, untapped experiential knowledge in what since then is characterized as ‘tacit knowledge’.

The early reference to ‘psychological safety’ was included in the book (1965) published by MIT professors Edgar Schein and Warren Bennis titled ‘Personal and Organizational Change through Group Methods’. The two authors argued that rapidly shifting global challenges could be creatively and productively met by businesses and organizations if they would strive to introduce a work culture that would make their employees feel secure.

“Employ or express themselves physically, cognitively, and emotionally during role performances, rather than disengage or withdraw and defend their personal selves.”

Kahn’s premise was that people use varying degrees of their selves, physically, cognitively, and emotionally, in work role performances, and this has implications for both the quality of their work and the experiences derived from it. He reported that:

‘Psychological safety was experienced as feeling able to show and employ one’s self without fear of negative consequences to self-image, status, or career. People felt safe in situations in which they trusted that they would not suffer for their personal engagement.’

Edmondson (1999) in her article in the Administrative Science Quarterly, with the title ‘Psychological Safety and Learning Behaviour in Work Teams’ stated that:
‘Team psychological safety is defined as a shared belief that the team is safe for interpersonal risk taking…The construct has roots in early research on organizational change, in which Schein and Bennis discussed the need to create psychological safety for individuals if they are to feel secure and capable of changing.’

Dollard and Bakker in an article titled ‘Psychosocial Safety Climate as a precursor to conducive work environments, psychological health problems, and employee engagement’ introduced their construct of ‘psychologically safe climate-PSC’ as relating to freedom from psychological and social risk or harm.

Of particular interest is their thesis that PSC presupposes full senior management commitment to the construct, noting that in some Countries PSC like safety climate may be mandated legally under a legislated umbrella type of provisions of occupational health and safety and duty of care mandates. The two authors argue that:

‘…PSC flows principally from the priority given by senior management to production versus the psychological health of workers. Where there is political will and senior management favours a balance, we expect a number of policies, practices, and procedures to reflect this.’

‘Psychological Safe Workplaces’ could be a blessing if the overall company or corporate culture is aiming at the benefit of both employers and employees.

Unfortunately, as the narrative suggests in my new free to download e-book, titled ‘Psychologically Safe Workplaces: Utopia Revisited’ this concept has been, is and probably will continue to be more of a utopia than a reality especially for working men and women. 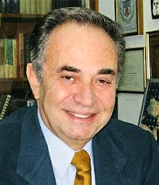