The need for a curative care therapy is already fully acknowledged at the US NIH meeting of world healthcare leaders, pharmaceuticals and scientists, in a mission statement delivered last November in Washington, DC. It includes the call for patient-centered approaches and precision-medicine. To-date, diagnostic-related physiological, genetic and humoral data which are used to characterise new biomarkers, or a better understanding of the disease reinforce that a curative care is still very much in its early stages, despite billions of dollars investments from both governmental organisations and pharmaceutical industry. For instance, ideally, a curative care treatment for Alzheimer’s dementia would help neuroregeneration and elimination of degenerate-, disease- and inflammatory by-products.

Accumulating evidence indicates that circadian disturbances, which have long been considered symptoms of many neurodegenerative conditions, may actually drive pathogenesis early in the course of these diseases including Alzheimer’s dementia. These findings have been the basis for a new Virtual Reality (VR) approach that has been introduced as a trial on the market, at the Center of Neuronal Regrowth. Each of our VR-products contains an assembly of VR-headset, VR-mobile platform, and starting VR-sessions in a subscription, to help the user shift circadian diurnal and optogenetic phase-relationships accurately within their own level of degeneration-regeneration stages. Our VR-approach offers repeated – and repeatable – short-duration (3 minute) interactive experiences that are non-addictive and calibrated to hidden neuronal physiology. It does this based on designs that provide short-duration light which induces phase delay or advance according to the patient’s real-time circadian misalignment adjustment factors and converts behavioral interactive space-time information in alignment with inflammatory load distributions that vary by time of day and season. To those who are knowledgeable in the field, phase delay or advance represents photic entrainment and masking along the retinohypothalamic pathway and the intergeniculate leaflet of the thalamus. One crucial element of our VR starter kit is that, it triggers the optogenetic release of specific kinds of genetic proteins (namely BMAL1 expressed in hippocampal and cortical neurons, and at the mRNA level in the suprachiasmatic nucleus of the anterior hypothalamus (SCN), the so-called master circadian clock and its rhythm-maintaining neurotransmitters (glutamate, aspartate, pituitary adenylate cyclase-activating polypeptide/PACAP, substance P and ionotripic and metabotropic glutamate receptors). Our approach exceeds the standards of current VR-therapy, because it calibrates settings to both medically-meaningful parameters which are scientifically consistent to inflammatory cycle health per patient, based on the user’s personal most active and vivid recall-experience. Sessions incorporate the functional hardware to operate according to principles of human inflammatory cycle management and restoration, during cognitive learning and recall, along with targets for behavioral modification. This describes the foundation of far-reaching curative care already, and it is affordable as a tool for private users as well as hospital providers. By contrast most VR therapy developers focus on non-adaptation of the games or their stimuli across any thresholds of retinothalamic activation and these can lead to addiction or lack of scientific consistency. Our original solutions contain VR apps which are game-based apps hosted on a mobile (Android) platform within a VR headset (Google Daydream or Samsung) in an assembly that is owned by the player. Additionally, our sessions are non-navigational and do not subject seniors to culture-biased so-called “geriatric training” regimens that can be stressful or confusing to dementia patients. They do not require English, age, or gender bias found in traditional administrative diagnostics, which is an important epidemiological research advantage vital among EU and US health policy decision-makers. Moreover, our users own the VR-starter kits that can also be part of a defense-grade system, but they can also choose to share session-results from scientific tests built into every session with their hospital or patient-caregiving team, or as part of the epidemiological repository developments when they become a co-operative co-owner of the Center. This is the basis of the Center of Neuronal Regrowth offering which is a patient-owned net-profit sharing digital clinic, proven to be more meaningful than other programs using VR devices.

As use of various VR approaches in early detection, treatment and rehabilitation of Alzheimer’s patients are still in its infancy, it is difficult to predict exactly how much of an impact this technology will have on disease-specific and overall patient’s care. Major stakeholders including Alzheimer’s patient associations see a lot of potential in VR’s therapeutic uses, and as the technology becomes more widespread, accessible, and affordable, we may see VR play a much bigger role in development of more timely and individualized treatment options for dementia and other neurodegenerative disorders like Parkinson’s and Huntington’s disease. 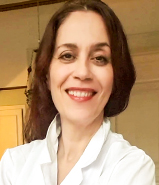