In the early 1900s Freud coined the term Psychoanalysis for the treatment of mental disturbances. It was a great period of pioneering in brain research, the staining technique developed by Camillo Golgi enabled to discover the neuronal structure and brain circuits were beginning to be discovered.

Theodor Meynert was a chair of department in Vienna where young Sigmund Freud was training. In his famous book titled ‘Disease of the Forebrain’ New York, Hafner 1885 (1968) he wrote that the term ‘Psych’ is unscientific and thus cannot be related-to and needs to be abandoned, he explains that accordingly he will not use the term Psychiatry in his book title and throughout the book.

Meynert begun to describe mental disorders using brain-related intuitions from his studies, for example he emphasized the connectivity dynamics of the brain organization. He declared that thoughts and experiences are represented by activations of neuronal ensembles. He went further and described that associations in thought and experiences create connections among activated neuronal ensembles. These create network organizations of the brain reflecting the experiences and thoughts of individuals. Each individual has his personal specific connectivity organization to which he gave the name ‘Ego.’ He also went further and explained how mental disorders can arise from the disturbed brain. According to Meynert certain toxic conditions can ‘weaken’ connections of brain organization resulting in ‘Delirium’ and ‘Psychosis.’ With these descriptions Meynert was advanced much ahead of his time, he predicted the basics of computational neuroscience, the ‘Default Mode Network’ organization of the brain, his ‘Ego’ configuration. Meynert also predicted the Disconnection Syndrome for psychosis, and was on the true course of formulating a brain-based psychiatry.

Freud accepted the teaching of Meynert and in letters that Freud wrote to his colleague Wilhelm Fliss this is clearly evident, in fact Freud and Fliss attempted to develop the idea of Ego connectivity organization to explain thoughts and actions, this is evident in letters they exchanged and later published as ‘The Project.’ However later-on Freud abandoned the neuroscientific approach of his work and turned toward a more theoretical general formulation of the mind which he called ‘Psychoanalysis.’ Psychoanalysis used general theoretical constructs such as ‘Ego,’ ‘Id’ and ‘Superego’ to explain abnormal manifestations of mental disorders. It seems that this diversion from neuroscientific brain formulations toward psychological ones was seen as a temporary necessity as Freud was quoted a few times, declaring that in the future going back to the brain will be necessary.

‘Neuroanalysis’ comes to terminate the split and correct the historical aberration. The term ‘Neuro’ is a scientific term unlike the unscientific term ‘Psych.’ The correction can be made because it is currently evident that advances in computational-neuroscience and brain-related network-sciences suffice to explain the psychological formulations in terms of neuroscientific network brain dynamics. Even though psychological formulations temporarily gave insights into the working of the mind, it is time to return to the scientific approach of a brain-related mental-health approach, that of ‘Neuroanalysis’ instead of ‘Psychoanalysis.’ In this dispute Meynert is at the right side of the argument as modern neuroscience is beginning to prove. 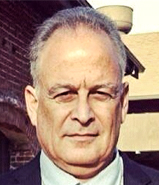